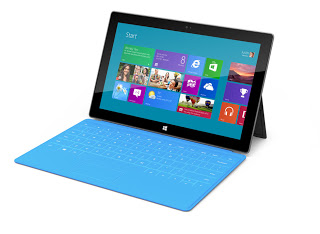 It's been quite a week. I finally got my Macbook Air (11.6" / i7 2.0ghz / 8GB RAM / 128GB SSD), on Monday and I love it. It's the fastest computer I've ever used, but it's scary. No expandability or upgradability or serviceability. With some specialty tools, I could, in theory replace the SSD or battery. But for me, the trade-off is worth it. It's small, thin, light, and fast. I thought the 11" screen would be too small, but it's just fine for much of what I do on the go. I'm glad I got it over the 13", despite the larger screen and battery. Speaking of battery life, it's good enough—I get about 4-5 hours on a charge. Not the 7-8 hours I'd get on one of the Pro's, but it's more than usable. It's the first laptop I've owned that I actually use on battery regularly. My old 15" Dell Latitude (1.8ghz Core 2 Duo) when it was new, barely got an hour of active use on battery—it always estimated that I had like 5 hours left when I was on a full charge, but 10 minutes later, that would go to three, then 1.5, then I'd get a low battery warning after about 40 minutes. This device actually delivers.

So, 2 days after I got my first Apple laptop (my previous ones were Dell's running Linux and Windows dual-boot), Microsoft announces its new Surface tablet. And though this tablet is vaporware (no release date, no specs, no price—real light on details), it's the most interesting hardware announced this year. And yes, interesting PC hardware from Microsoft.

So let's back up. With Windows 8, Microsoft is going in a decidedly different direction than Apple. Which in my opinion, is good -- how do we move forward if everyone just does more of the same? Apple is clearly segmenting their products into different categories: 1) phones and tablets running iOS, primarily designed for more casual use cases and content consumption, and 2) full personal computers running OS X, with fewer restrictions and geared towards getting real work done. Though there's a strong relation between the two, they're clearly different devices designed neatly for different specific use cases. Microsoft, on the other hand, is going for a no-compromise, "Windows everywhere" type of approach. Phones, tablets, laptops, desktops, game consoles, etc., all running Windows 8 variants. The Intel variant of Surface, their new tablet concept, is running a full-blown version of Windows 8. You can run all the same apps and games and the like you would want to run on this device. It's got a magnesium chassis with a unique manufacturing process. It has a built-in kickstand. And as an optional accessory, it has a screen-cover, that when peeled back, becomes a full keyboard and trackpad.

So, get this—you get a full-featured tablet-optimized experience with Windows. It can, if you want to, run all the same desktop apps you're used to. And it might just be able to replace your laptop, even if you're a user that needs Office or Photoshop or Eclipse or whatever to do your day-to-day work. That's something no one else is providing right now. And it's doing so in a very elegant manner.

Sure, there are clunky keyboard cases for the iPad. There are products like the ASUS Transformer on the Android side. There are new Windows 8 concept hybrids coming out this year or early next year. But none of those are terribly elegant, and they're all very expensive and bulky. If Surface pans out, it will be the first beautiful, well-designed pure tablet that can act as a laptop replacement. That's a game changer.

One big question everybody seems to have is why would Microsoft release a PC? Isn't that a conflict of interest with regards to the OEM's it typically relies on and partners with? Is it potentially foolish to compete with their own partners? I say no, based on a number of things. First, what are their OEM partners going to ship with instead of Windows? Linux? Not a chance. The Linux desktop is still not a good fit for ordinary people. Apple doesn't license OS X, so that's out. So this will frankly cost them nothing in terms of OEM loyalty. The real reason they did this, in my estimation, is to give the OEM's a kick in the pants. Why can't any of them match Apple in terms of industrial design and overall hardware quality, even at higher price points? Intel has been spending a ton of money subsidizing the OEMs' R&D and marketing for making "Ultrabooks" (i.e., Macbook Air clones), and all of the designs have been crap, or overpriced, or both. They just can't get their acts together. I think this is Microsoft effectively showing how it can be done. Microsoft, a software company, is showing up Dell, HP, Samsung, etc. in hardware design and development. They're also showing them that they're not necessarily needed; Microsoft can do its own thing.

We haven't seen the final, finished product yet, and won't until at least October. Windows 8 itself is a huge gamble that Microsoft is betting the company on, as it's so different. As a UNIX nerd, I'm unlikely to ever go to Microsoft for my daily driver if I can avoid it, but I have to admit, I like their moxie of late. I can imagine a world where XBox, Windows Phone, and Windows 8 devices all coexist and are equal citizens of a digital ecosystem within a household. It's exciting.